Interest in eHealth in China has never been greater. “There is an immense need here,” says Felicia Lindoff at the SSIEC innovation centre in Beijing, which has set up a collaborative effort with Vitalis. Next week will see the marketing effort start in earnest, with the sights set on powerful Chinese participation at Vitalis in 2020.

SSIEC stands for Sino-Swedish Innovation & Entrepreneurship Centre, a platform for Nordic start-ups and companies in the field of advanced technology and with the ambition of breaking into the Chinese market.

“We are focusing in particular on eHealth,” says Felicia Lindoff, the Swedish CEO of SSIEC, who lives and works in Beijing.

Last spring she visited Vitalis, where she witnessed its considerable potential as a meeting place. This in turn led to a collaboration, as a result of which SSIEC now represents Vitalis on the Chinese market. The aim is to involve more Chinese operators.

“Right now we are using our network here in China to find out who might be interested in coming to Vitalis 2020,” explains Felicia.

“Whether there is going to be just one delegation of representatives of Chinese agencies and companies, or even Chinese exhibitors at Vitalis, it is still too early to say. That’s the sort of thing we’re discussing right now.”

The official marketing of Vitalis will start next week to coincide with the Shenzhen Hi-Tech Fair (13–17 November), which is the biggest fair of its kind in China.

“There, Vitalis will be a part of the Swedish pavilion, for which SSIEC will have responsibility. It will be really interesting to see what response we get,” says Felicia. 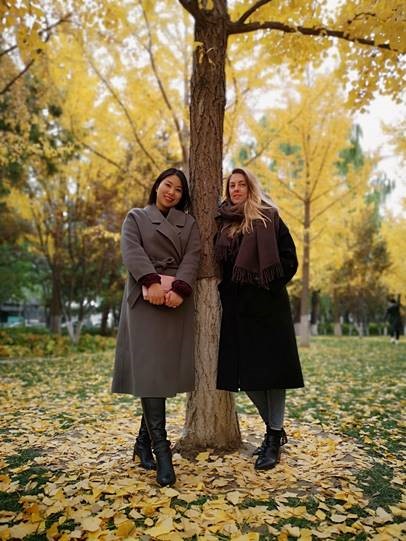 Shenzhen, with its population in excess of 10 million and its bridge link to Hong Kong, is a centre of future-orientated research that is sometimes known as China’s Silicon Valley. But according to Felicia, progress in the field of eHealth has not been quite as impressive:

“eHealth and healthcare is a strategic development area in China, and one where there is an immense un-met need, especially as a result of the one‑child policy.”

The principle of one child per family, which was introduced in 1979, has resulted in China – which, with its 1.4 billion citizens, is the world’s most populous country – also being the country with the world’s most rapidly-aging population. The explanation is simple: the generation born in the last 40 years is quite simply too small to be able to cope with its aging parents and relations. In addition, at the same time all of society has changed, with many millions of people having moved off the land and into cities, perhaps even in a different part of the country.

“Young couples where both are in paid work, and perhaps with children of their own, have neither the time nor the opportunity to look after elderly family members,” confirms Felicia.

“There has therefore been an incredible increase in demand recently for elderly care and homes for the elderly according to the Nordic model, both of which have been largely absent to date.”

This urbanisation has also resulted in increased pressure on the health service. There is a need for smart technological solutions in all types of welfare services. According to Felicia Lindoff, there is a demand for precisely the kind of solutions that Vitalis represents – which also provides cause for a trip to Gothenburg.

“Chinese decision-makers want to find out more about how eHealth works in the Nordic region,” she says. “They want to meet foreign eHealth companies and initiate collaborations.

“There is an immense need for know-how – and that is where Vitalis can play a significant role.”

You need to be signed in to add to your favorites. My pages.

You can now login.

Mail has been sent.

Check your email for the reset password link. It can take up to 30 minutes before you receive the email.

You can now begin to favorise.