Digital aids the focus at Vitalis

The development of assistive technology is progressing rapidly right now and goes well beyond simply making life easier for disabled people.
“In the near future aids that today seem like science fiction may well become part of ordinary life,” says future researcher Anders Ekholm, who is participating in a brand new conference track at Vitalis.

The track will focus on the latest developments in digital aids, with events taking place in the afternoon of 5 May – the opening day of Vitalis 2020. The aim is to demonstrate how, for example, computer games and simulation create new opportunities and how artificial intelligence (AI), virtual reality (VR) and augmented reality (AR) can contribute to revolutionary solutions.

One exciting feature is a project cavalcade with short presentations of innovative solutions, which will also be shown at Vinnova’s stand at the event.

The keynote speaker is 23-year-old Molly Watt from the UK, who has visual and hearing impairments as a result of Usher syndrome. Molly is in demand as a speaker around the world and is passionate about all aspects of assistive technology and its design.

Other invited speakers are Danica Kragic, a professor in computer science at KTH Royal Institute of Technology, Erik Borälv, an analyst with Vinnova, and Anders Ekholm, a senior advisor at the Institute for Future Studies. All three speakers will also be participating in a panel discussion. 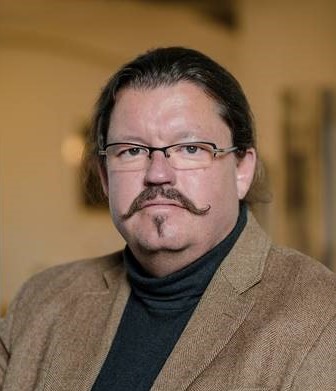 Anders Ekholm welcomes the initiative at Vitalis and wants to highlight how the boundaries between aids intended for disabled people and other people are being erased.

“The trend is moving towards aids that are becoming so good that they go unnoticed and are slowly assimilated into your everyday life,” he says.

He thinks AI-based solutions are the hottest topic of all right now. Among other things, they create brand new opportunities for communication. One example is glasses with ‘optical character reading’ that read aloud a text.

“For someone who is visually impaired, for example, it means being able to go to a restaurant and read the menu yourself. Fending for yourself and not having to rely on a companion.

“Sensors can also be incorporated into existing aids. For instance, you could combine an AI connection with a walker, which would give you an advanced aid in the form of a walker that can guide you home if you become confused.”

Anders thinks AI could have a considerable impact in the monitoring and alert field.

“We could have sensors for personal safety alarms, where you don’t have to press anything. And a night vision camera with embedded intelligence that ‘understands’ when something is wrong and only then sends images to an out-of-hours response centre.

“Such systems can have a major socioeconomic impact, while protecting the dignity and privacy of the individual.”

Another very interesting area of development is body-borne technology, which is not just about providing support, but also enhancing human abilities. Anders draws a parallel to the smartphone.

“It has almost become a part of our body. It helps us wherever we are. You don’t have to remember everything, as you can google it. It enhances our intellect, like a sixth sense.”

The body’s muscles too can be enhanced with body-borne technology. One example is gloves that ‘understand’ what you are trying to do and lend a helping hand.

At the forefront of these developments is the research on implantable human-computer interfaces (HCI) that are connected to the nervous system.

“We are starting to see smart prostheses that, with the aid of an AI layer, connect to that part of the brain responsible for intent and predict what movements you want to make.”

Some want to go even further. Elon Musk and his company Neuralink are developing systems that involve implanting thousands of electrodes in the brain.

“With a brain interface, he believes that we will be able to enhance our own intellect, our ability to think and draw conclusions. Improve our memory.”

Anders Ekholm agrees that it sounds like science fiction. At the same time, however, he notes that animal testing has already come a long way.

“So who knows? That may be where we are in ten or twenty years’ time.”

Keynote speaker Molly Watt from the UK is deafblind and will talk about sensory impairments and the crucial role that can be played by digital aids and accessible design.

Mail has been sent. Check your email for the reset password link. It can take up to 30 minutes before you receive the email.

Your account has been created. You can now begin to favorise.

As logged in, you get the opportunity to favor, for example, program items, exhibitors, etc. Create your own fair with exactly what you are interested in. My pages also contain your purchases, such as tickets. An account is also completely free.